This year I had the pleasure of working with Conundrum Stages on two different occasions.

The first occasion was for a show being performed locally and they were seeking local talent to create a flier for the event. 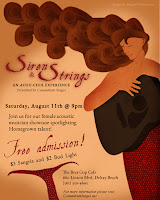 I drew the siren on the computer so the flier has local artistry taking up half the space.

I did get to attend the event and it was a special night filled with wonderful talent. 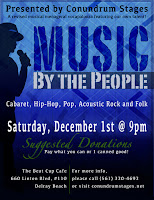 The next project was for a show that would be taking place at the same avenue. Except this time it would feature more of a variety of music from people from all walks of life.

Again, the silhouette was drawn by me. The blue background was created from scratch.

I think my biggest challenge here was that silhouette. For some reason the siren was ten times easier to create... but a man holding a microphone? HAH! I was so happy when it finally came together.

Sadly, the event had to be cancelled so the flier was never used.


Over the summer, I created a logo for the Maronite Deacons to be placed on their newsletter. It went through several drafts! Draft one:

Unfortunately, they ended up wanting a different Maronite cross.

This is what the final project ended up looking like (but without the watermark).

Aside from dabbling in graphic art, I spent a busy summer helping out with a Children's Theatre Camp. There were two sessions with a show at the end of each one. Both shows went very well. I hope they were proud of all they accomplished. We were very proud of them. I even had a cameo appearance as a crazed cat on catnip in one show! That was fun.

Email ThisBlogThis!Share to TwitterShare to FacebookShare to Pinterest
Labels: Design 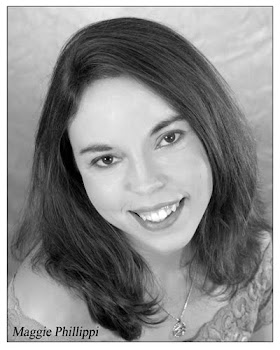 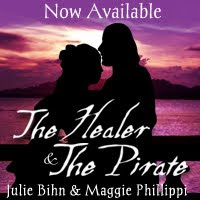